I should have written this before the holidays so I could give this to prepare my friends for their upcoming holiday trips. I’ve truly only had jet-lag once in my life; and before the age of 24 I had never flown abroad, so the most jet lag I would’ve had was from flying from East to West Coast. The only time I had jet-lag was when Edgar and I spent 3 weeks in the US and then flew back to France, it took me about a week to readjust and the time change hit me like a bag of bricks. Luckily, and unluckily for me I have ADHD, so I’ve had access to my adderall and I would usually take that when flying abroad and adjust in one day, the time I didn’t take it, I was straight wrecked. But obviously adderall isn’t commercially available to everyone(even if most people would like it), so I created a technique for myself and others, that does not rely on drugs at all, but maybe a little bit of booze(but that’s optional). *I’ve only tried this technique on 6-9 hour time differences, but it has worked! I’m not sure how well it would work with larger than 10 hour time differences.*

24 Hours before my flight is when I start my preparation. Because sleep is really huge on your way back, I would highly suggest having your bag already packed before you go to bed the day before your flight. On the night before your flight, set your phone to the timezone that you’re going to. This is KEY. You’re going to pretend that you’re already on that timezone, so you need to behave how you would according to that time. If it’s 8pm in Paris and I’m going to Minnesota that is 1pm, that would be a normal time to have lunch, and at lunch do you usually have alcohol? I wouldn’t, therefor that night I would not drink any wine like we usually do at dinner. After I would try to make myself stay up as late as I could without being miserable the next day from lack of sleep. If my flight is mid-day at 1pm in Paris, I would try to stay up till about 02:30am. It’s possible that I might have a snack right before bed as well, since it would be 7:30pm in Minneapolis, dinner time.

The next morning when I would wake up, it would obviously be in the middle of the night for Minneapolis, so that means NO COFFEE and NO FOOD whatsoever. I know that that completely sucks, but again I’m trying to behave like how that timezone would and I know I wouldn’t have a coffee at 2 in the morning. I head to the airport like usual, where again I don’t eat anything, I’d only grab water, alcohol, or snacks for the plane. I either have a glass of wine on the plane or before I get on the plane to make myself sleepy, remember it’s the middle of the night and I shouldn’t technically be awake in central time zone at this hour. The little bit of booze and lack of lots of sleep the night before makes me tired, and helps me sleep for a few hours.

Set an alarm for the normal time that you wake up, or if you’re tired set it for a maximum of 10:30am and after that point, you are to remain awake for the rest of your flight. Drink as much coffee as you want, eat at the correct breakfast, lunch, and dinner hours as your destination.

Depending on what time I land, in this case, I landed at 7pm, I landed just in time for dinner. I got off the plane and grabbed a latte, I needed the extra energy to stay up as late as I could. I had dinner with my family, watched some TV, went to target, came back and tried to force myself to stay up till around 11:30 or midnight. The next morning, I woke up at 8am and felt refreshed and went about my day, I had zero problem adjusting, I wasn’t tired and I was able to stay up till my typical bedtime and had zero issues any of the other days on my trip.

Flying from east to west is much easier in my opinion, so this direction you have to be really careful to not fuck it up day one and ruin the next 5 days with jet-lag.

I start 24 hours before my flight again, changing my phone to my destination time. I will also try to set my alarm very early, around 6:30-7am, because im 7 hours behind and it’s already noon by the time I wake up in Paris; and depending what I was doing the night before, that could be a good excuse to wake up at noon. When I wake up its lunch time, which means I need to eat immediately, have a coffee and go about my day. I wait however till 1pm to have a very heavy lunch and that will be the last meal I eat before my flight. No more food! When I arrive at the airport at night, It would already be around midnight in Paris, so I need to figure out how to make myself as tired as fast as I can. So I chug down a half bottle of red wine in hopes that from waking up early and the wine that I should be tired. On the plane, NO EATING at first, and only drink water. You should be behaving like your future time zone, so behave respectavily to that. Set an alarm for whenever you prefer to wake up, I put an alarm for 10am, but woke up before that. THIS IS THE TIME TO EAT AND CAFFEINATE.

As soon as you get off the plane, go get more coffee and more food. You must give yourself energy as you will most likely be on a deficit. YOU CANNOT FALL ASLEEP IN BETWEEN LANDING AND BEDTIME. If you fall asleep, all of your hard work will be flushed down the drain. Try to stay up till your normal bedtime, I wouldn’t recommend any busy activities with lots of energy on your first day, it could render you more tired and more likely to pass out before bedtime.

The next day, set an early alarm for something like 8-9am, if you sleep in longer, you could stay up later at the end of the night and not be able to fall asleep till like 2am which wouldn’t be ideal. If you’re not usually an early riser this day could be a bit harsh or sluggish but if you make it through this day normally, your body should adjust really nicely nicely.

I hope this helps for your next travels! Try out my tricks and let me know in the comments below if it worked well for you!

ON THE TOPIC OF ME 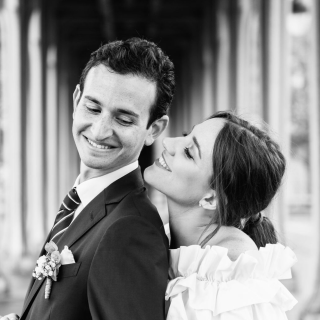 Hi, I’m Colleen – writer & photographer of coffee-et-couture.com! I started this blog in 2016 originally focused on all things Paris and travel, follow my adventures now as I blog about beauty, travel, fashion, & lifestyle!